Leadership research is vital to my practice

You can have practical experience as a leader, labour in a consulting firm and work in a business school helping leaders develop. I’ve done all three. But I was to learn that until you gain a strong, working knowledge of leadership theory, it’s very difficult to change the way people think about leadership or help them change the way they lead. It’s even more difficult to show people how they can develop new practices when you don’t have a strong grounding in the practical “how” of things.

For me, it began in the late 1990s while I was working on my Masters at University of Toronto.

At that time, systems thinking and transformational leadership had taken hold in North America. I was curious about ways in which leaders might use systems thinking to transform their organizations. At the same time, I wondered about placing such an incredible burden on leaders: were they expected to act like Marvel heroes, picking up structures and people with their bare hands, implementing a system and “fixing” them? How might these individuals cope? Around this time, I also started conducting research into reflection, examining its potential to support leaders with challenging mandates.

In designing the methodology for this qualitative study, I employed a phenomenological approach using grounded theory. Glasser and Strauss are leading scholars in this field, and it was to their work I turned to examine CEO experiences and the multiple, often conflicting meanings and interpretations inherent in their work. Along the way, I began to appreciate how grounded theory could provide “thick” descriptions of their experiences with richness and depth. Drawing from this, I set out to explore the double question posed in my research study, 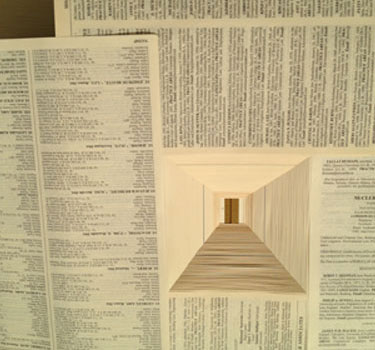 In a year-long process, I interviewed eight CEOs, four females and four males, who led large national, and in three cases, multi-national organizations with 1000s of employees. A number of themes and insights emerged during the research process. The first was that those leaders who paid attention to the development of self-knowledge had a greater propensity to take positive action. I also learned that the CEOs who harnessed their cumulative knowledge and experience had a significantly elevated proclivity to make sound decisions.

Underpinning these insights was the role that reflection played to support CEOs in getting into action and pulling the trigger. Interestingly, four types of reflection emerged to support this behaviour – introspection, rehearsal, inquiry and spontaneity. Each assumed a vital role in shaping how the CEOs learned to learn and learned to lead. A last insight, unanticipated, opened a door to an untold story in executive leadership. This was the role that power, fear, confidence and tacit knowledge played in both aiding and impeding a CEO’s abilities to learn and to lead.

Ph.D. Research – There’s more to learn about how we lead

After I finished my Masters research I began my practice by designing and facilitating leadership development programs for leaders in Fortune 500 companies, Crown Corporations and large not-for-profits. But something was missing. Sure, I had delved into the experiences of leaders but what I found lacking was a more rigorous understanding of how leadership is actually accomplished and how it was measured.

Imagine the coincidence of wanting to delve into how leadership happens and a chance meeting with Chris Madden from Griffith University in Brisbane Australia. Chris encouraged me to apply to their international scholarship program and thankfully, I was accepted into the program. The early days were tough. Here I thought that the Ph.D. would simply build on my Masters’ research. Was I wrong! The new research pretty well obliterated it. 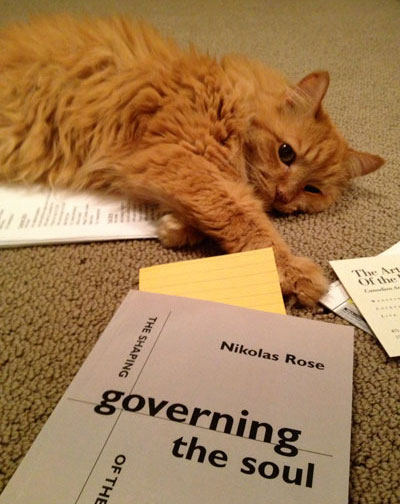 There were three reasons this shift happened. The first was being exposed to relational leadership, a relatively new way of thinking about leadership, that emerged in the early 2000s. Its central tenants were expressed by Ann Cunliffe, Dian Hosking and Marie Uhl-Bien who contend that relational leadership holds promise in contributing to the creation of more collaborative, healthy and productive workplaces.

The second contributor to my changes occurred when I chose autoethnography (or AEG), as my methodology. At its best, AEG is intimate story telling where you draw upon experiences and theory to bring culture to life.

At its worst, as I was to learn, using AEG is like being a surgeon operating on yourself. There were some painful moments but was able to gain a much sharper appreciation of how leaders can change and behave in new ways.

So difficult was this methodology, I almost quit the program. The stats tell the story: at the time of completion, only 168 theses in the world have used this methodology. But it was worth it! AEG opened the door to helping my see that story making could become a powerful way for leaders to examine significant incidents or turning points to change their behavior and create healthier workplaces. I called these incidents shatterpoints. 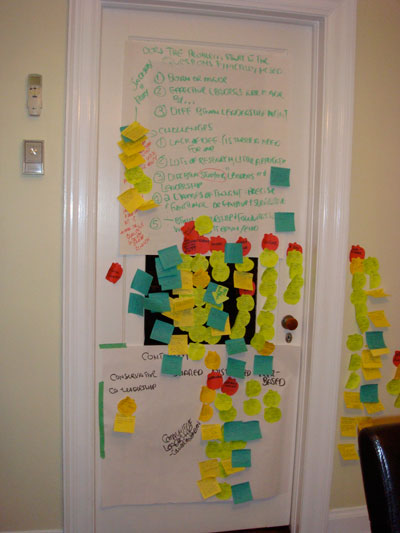 Scholars who support AEG include Carolyn Ellis and Arthur Bochner, who write about its ability to reveal vulnerability and provide an evocative, engaging experience. Stacy Holman Jones claims that AEG has the power to change perception by showing versus telling – an important skill to develop in these days of visualization.

The third element that supported the research was to learn…a new way to learn. While I thought I had a pretty good handle on reflection and the four ways it manifests itself through introspection, rehearsal, spontaneity and inquiry, I was woefully prepared to practice critical reflexivity. As I was to learn the discipline of critical reflection (CR), I defined it as reflection on steroids – causing a deep questioning of long held beliefs, assumptions, and things taken for granted. As Anne Cunliffe says, critical reflection makes you bend backward on yourself. Critical reflexivity emerged for me as the most underutilized muscle in leadership. Not for the faint of heart, but a new formed skill that changed my world view, my leadership and my life, for that matter. For anyone who has.

Two other scholars, Keith Grint and Amanda Sinclair, were responsible for blasting away the stereotypes I had long had about how we think about leadership. If you’re like me, you’ve probably been traditionally taught that leadership can be viewed in four quadrants: as a person (think Trump); as a position (think org chart) or as results (think quarterly targets). Grint and Sinclair jolted me out of this thinking by introducing new ways to see leadership: as an embodied process intersecting being and doing. Through their writing, I began to ask myself a different kind of question: Is it how leaders get things done that makes them leaders?

This simple question emerged as one of the primary shatterpoints that framed my research and now informs my practice.